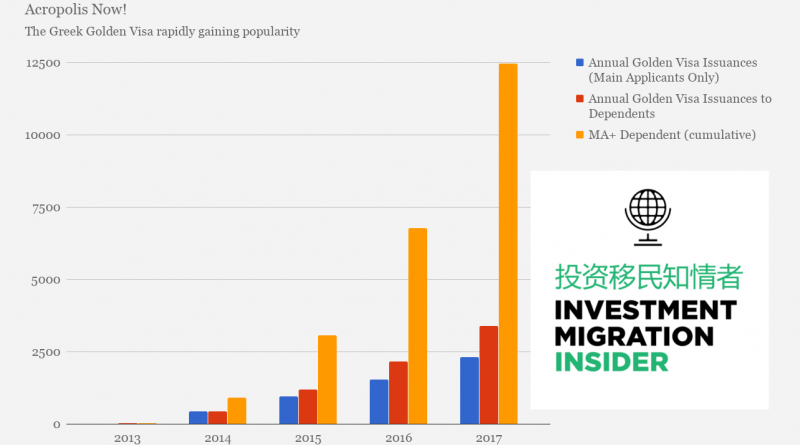 If official statistics are to be believed (and, indeed, correctly interpreted), Greece’s Golden Visa program saw 2,305 main applicants and 3,394 dependents qualify for residence in the Hellenic Republic in 2017 alone, reveal fresh data from Enterprise Greece. Portugal’s Golden Visa program, by contrast, registered 1,351 main applicants and 2,678 dependents during the same period.

While Portugal still holds the lead in Europe in terms of the cumulative number of main applicants (5,553 as of Dec 31st, 2017, compared to Greece’s 5,246), unless interest in the Greek program craters dramatically, Portugal will see its pole position usurped by Greece within a matter of months.

The top ten countries of origin for applicants to the Greek Golden Visa in 2017: 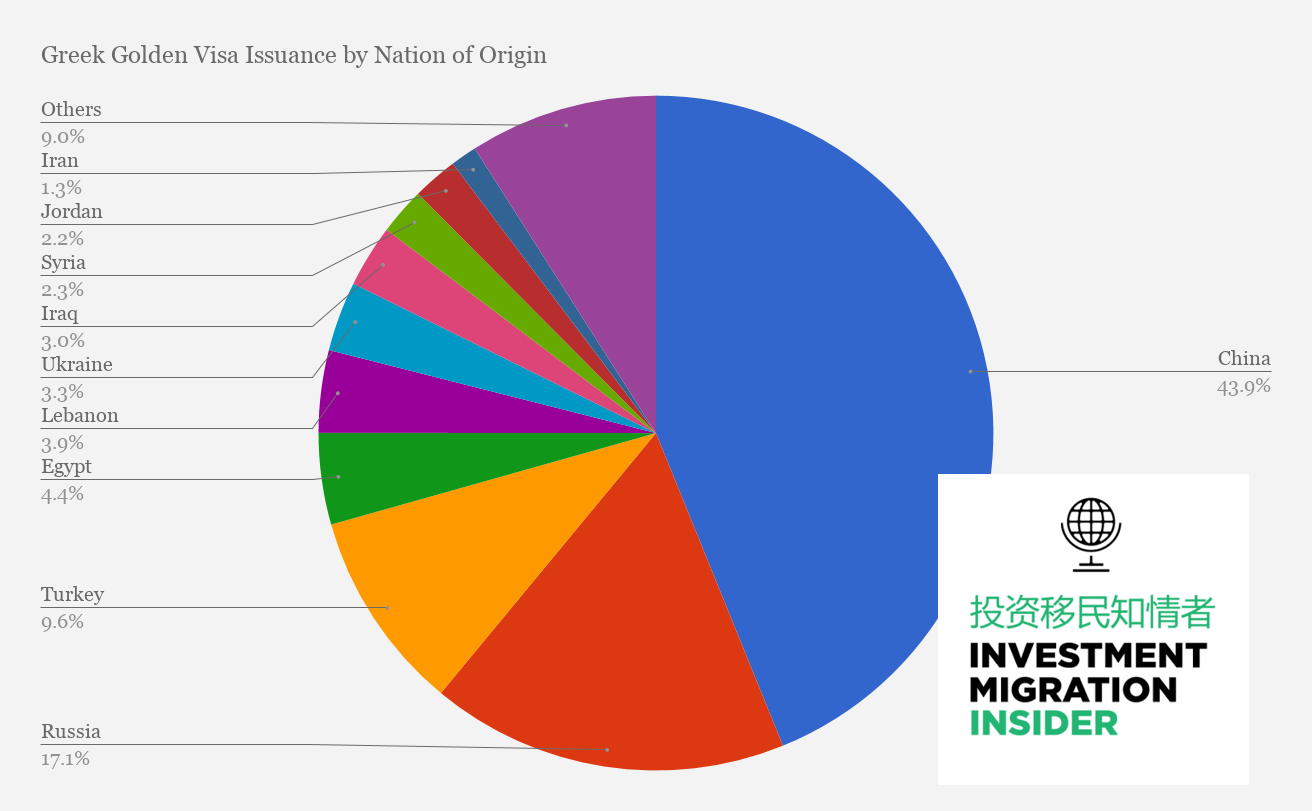 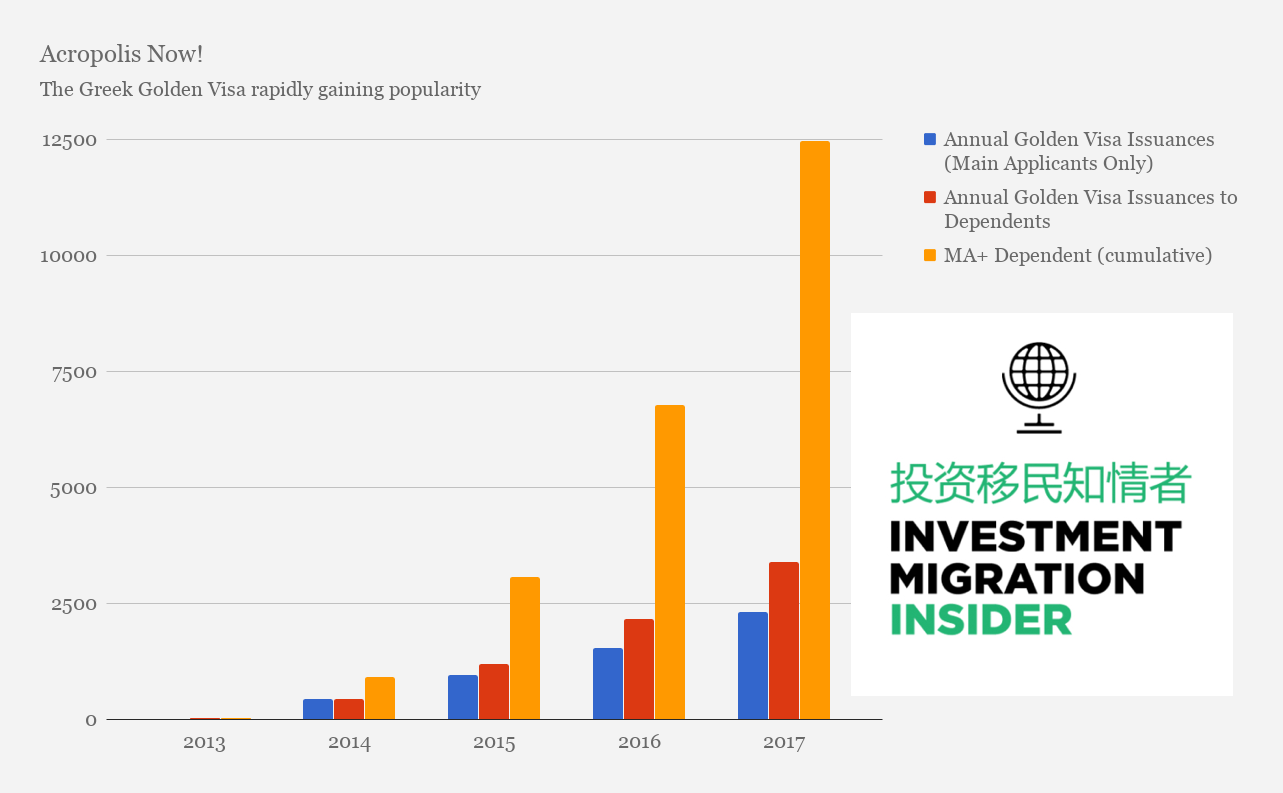