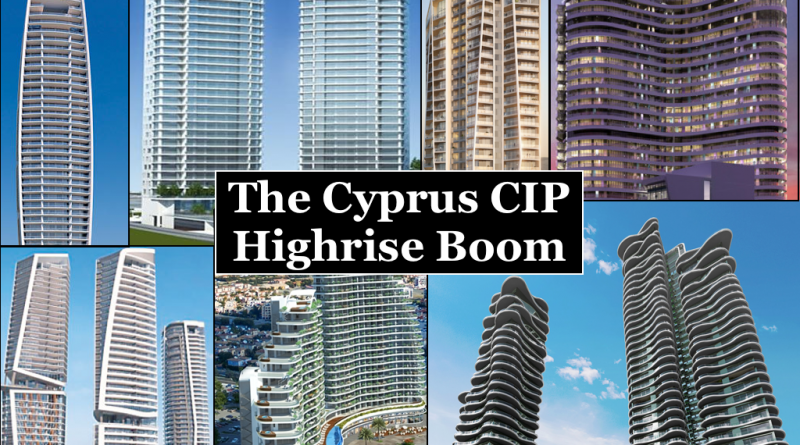 Cyprus’ Limassol is on the verge of boasting one of the most imposing skylines in Europe, and the tallest by far in the Mediterranean, on the back of financing from the country’s citizenship and residence by investment programs.

Non-EU nationals can qualify for Cypriot citizenship through a real estate investment of €2 million, while a €300,000 investment will suffice to obtain a residence permit, or a Golden Visa as it is also known. Since its beginning in 2013, the citizenship program alone had raised an estimated €4 billion by April this year, the vast majority of which took the form of luxury residential properties.

Read also: Citizenship by investment is all that stands between GDP growth and brutal recession for Cyprus

Almost immediately following the introduction of the program, a steady trickle of gleaming towers began to rise along the Cyprus coastline, most notably in the seaside town of Limassol. Now, that trickle is turning into a high-rise development deluge of proportions not seen in Europe since the redevelopment of the London Docklands and central Warsaw.

A mini-Manhattan on the Mediterranean is taking shape: 16 towers of between 15 and 39 floors are either under construction or awaiting regulatory approval in and around Limassol, all of which are scheduled for completion within the next five years, some much earlier. At least half of the funds for these developments comes from third-country nationals applying for citizenship or residence by investment in Cyprus, reports In Cyprus. Some developers – such as Pafilia, Leptos and Cybarco – are building several towers.

Watch the photo gallery below to see who is building what when.