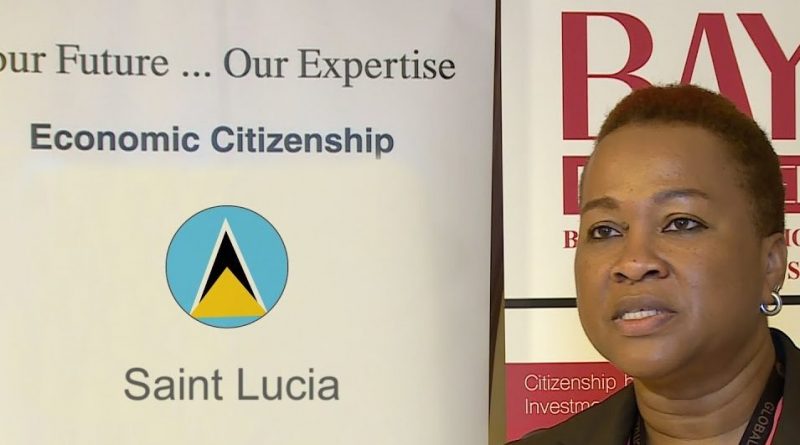 HTS News4orce reports it has been “reliably informed” that the Saint Lucia Citizenship by Investment Unit’s Board of Directors has sent the CEO, Cindy McLean, on administrative leave with immediate effect.

McLean, who has headed the CIU since its beginning in late 2015, reportedly came under fire last month for statements she made that contradicted a press release jointly published by Invest Saint Lucia and the CIU, which denied rumors they had rejected the Desert Star Holdings investment proposal, a US$2.6 billion mega-project dubbed the “Pearl of the Caribbean” which would include construction of a race course, a free trade zone, a shopping mall complex and a marina. McLean, who was abroad at the time of the statement, told reporters she was “not aware” of the press release but that discussing publicly the details of ongoing negotiations was against CIU-policy.

Dismissing speculations as to whether he had exerted any undue influence over the decision, Saint Lucian Prime Minister Allen Chastanet told local reporters on Thursday that he had nothing to do with the decision as the CIU was a “statutory agency” that he “gives no direction”, stressing the importance of senior government officials keeping an arm’s length away from the CIU’s internal processes.

Ms. McLean is scheduled to speak at the Global Mobility and Tax Strategies event in London on Monday, where Investment Migration Insider will be represented as well to approach her for comment – if, indeed, she appears.

Speaking to local reporters, Finance Minister Ubaldus Raymond would neither confirm nor deny whether McLean’s previous statements regarding the Desert Star Holdings project had anything to do with her leave of absence, but suggested that reshuffles in government agencies are normal managerial practice.

Investment Migration Insider has contacted Ryan Devaux, Chairman of the Saint Lucia CIU’s Board of Directors, for further comment.