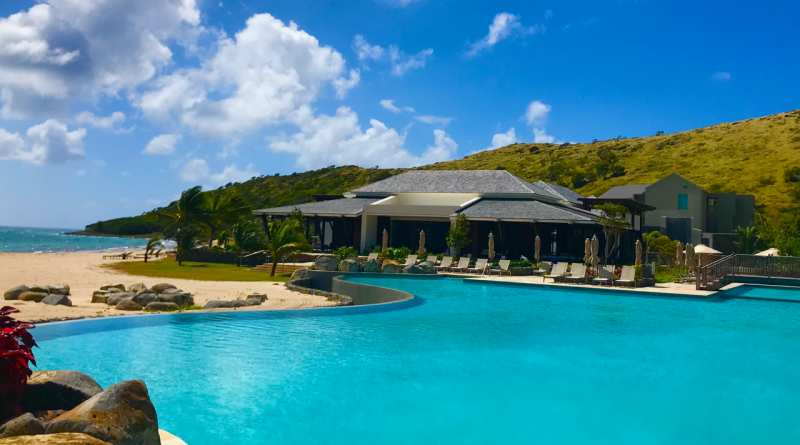 Investment Migration Insider is spending this week and next crisscrossing the Caribbean as part of our work on an upcoming documentary series about the region’s five citizenship by investment programs (stay tuned). We ask our regular readers to forgive the irregular and somewhat reduced reporting volume during this period.

Just as we are visiting the Park Hyatt Saint Kitts, word reaches us that CNN has singled out the resort as the best new hotel in the Caribbean – see the press release from Range Developments below – and we can confirm that the resort is, indeed, an astonishingly well-conceived retreat.

Basseterre, ST KITTS & NEVIS – Range Developments, the developers of luxury hotel resorts in the Caribbean, is delighted that CNN, the prestigious media company, has named the Park Hyatt St Kitts at the top of a list of the 14 best new hotels and resorts opening in the Caribbean.

The Park Hyatt St Kitts is set within the Christophe Harbour development and boasts sandy beaches and views to the neighboring island of Nevis. The project was partly financed by the country’s citizenship-by-investment scheme, which allows investors who made an investment not only to take a stake in the hotel but also to apply for citizenship of the island state, subject to due diligence.

The country has recently reduced the Government fees for such real estate related investments, making similar propositions even more attractive in the future.

“We are giving a boost to our real estate programme by making an adjustment in the fees,” said the Honourable Dr. Timothy Harris, prime minister of St Kitts & Nevis. “We have decided that the Government fees will be adjusted to $75,000 for a family of four. This makes us more competitive, and we are determined to maintain the platinum brand that we have become known for.”

St. Kitts and Nevis’s citizenship-by-investment programme is the oldest and most established in the region.

“We are delighted that the Park Hyatt St Kitts is getting the recognition it deserves,” said Mohammed Asaria, Founder of Range Developments. “With the reduced government fees, St Kitts & Nevis is not only more attractive as an investment option, it is also more affordable.”