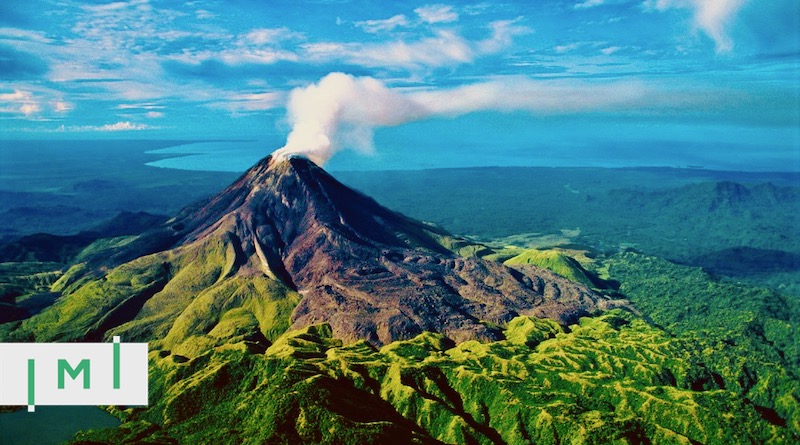 Leading the race to become the world’s newest independent state, Bougainville sorely needs capital. Could a citizenship by investment program be the answer?

In a 2019 non-binding referendum, the residents of Bougainville – an autonomous region of Papua New Guinea (PNG), home to some 250,000 people – voted overwhelmingly (98%) in favor of becoming an independent country.

Originally mandated by the 2001 peace agreement between the PNG and Bougainville governments – the main belligerents of the 1988-98 Bougainville Civil War – the referendum was recognized as legitimate by both governments, as well as by international observers.

In July this year, the governments of PNG and Bougainville reached an agreement on a roadmap to Bougainvillean independence; the autonomous region will become a country at some point after 2025 and no later than 2027, as long as the Papua New Guinea parliament ratifies the referendum results. Current PNG Prime Minister James Marape is scheduled to bring those results for ratification to the 11th National Parliament in 2023.

Parliament will be under considerable international pressure to honor the referendum and the attendant agreement on a timeline for independence; at the time of the Peace Agreement’s brokering, international leaders, including the Australian Foreign Minister, convinced Bougainvillean leadership to accept a non-binding referendum by assuring them the international community would insist the PNG government uphold the result of the vote.

China also has a big stake in Bougainvillean independence; the island will play an important role in its Belt and Road initiative, and Beijing has committed to help construct a new airport, bridges, roads, and other infrastructure. Such assistance will be contingent on Bougainville reopening its Paguna copper mine once it gains independence, and offering future proceeds from mining as collateral for infrastructure loans. The mine, which has been closed since the start of the civil war, has deposits worth an estimated US$58 billion, or about 200 times the island’s annual economic output.

Should such international pressure not materialize in the absence of ratification, Bougainvillean President Ishmael Toroama has warned that his government will accept nothing short of full independence, and his party fellows have indicated they would declare independence unilaterally if needed. Wary of re-igniting the conflict it has kept at bay for 20 years and, simultaneously, of incurring the scorn of international partners, the PNG Parliament is incentivized to ratify the independence vote, making it binding.

In brief, the likelihood that Bougainville becomes an independent state by 2027 is high.

Suitability as a citizenship by investment jurisdiction

Typically, when IMI evaluates a country’s potential as a CBI jurisdiction, we ask two questions:

What sort of visa-free access does a newly independent country have? Does it “inherit” the visa-waiver agreements of the country of which it was once a part? Or does it need to start signing visa-waiver agreements from scratch? It depends. Each case is different, and outcomes are often dictated by the circumstances under which independence was obtained.

Let’s presume, for our purposes, that Bougainvilleans, at independence, will enjoy the same visa-free travel rights as they currently do as Papua New Guineans:

A Papua New Guinean passport allows the holder visa-free (or visa-on-arrival or ETA or similar) access to 82 countries and territories. None of the Schengen countries are included on that roster but a number of heavyweight destinations are, such as:

The PNG passport is not a first-rate travel document but not entirely without merits either. The same might be said for the Turkish passport, which has proven to be in extremely high demand among a number of demographic segments. If Turkey, which has no Schengen-access, can compete with the Caribbean programs that do, perhaps a Bougainvillean CIP could pull off a similar feat at the right price point?

Let’s compare the two passports head-to-head, to gauge the market value of a PNG citizenship relative to a Turkish one and, thereby, evaluate whether a Bougainvillean CIP might have a similar product-market fit to that of the Turkish CIP.

The travel privileges afforded are comparable but Turkey takes the lead chiefly for one reason: A Turkish passport grants access to Turkey, a large, strategically and centrally located country close to core investment migration source markets (geographically and culturally), which is an attractive destination in its own right. The same cannot be said for Papua New Guinea.

Series A round funding for a country startup

Starting a new country is a capital-intensive affair and investment will therefore be required. Bougainville has a GDP per capita of about US$1,100, according to the PNG National Research Institute, and relies heavily on subsidies from the central government. The same institute estimates that an independent Bougainville, to manage itself without outside help, would need to double or triple its 2020 budget of PGK 440 million (about US$124 million).

That amount is the same as the Turkey CIP brought in per week in the first half of 2020. If a Bougainvillean CIP could generate just 5% of the capital inflow Turkey’s CIP is seeing, 20 weeks of operations would suffice to cover the government’s current annual expenditure. Even if the government needs to triple its budget, as suggested by the National Research Institute, a Bougainville CIP generating 5% of the demand Turkey does today would need a little over a year to cover the government’s annual budget.

Ambitious investment migration firms looking to get a foot in the door in the historically lucrative government advisory market might consider bringing the idea of a CIP to the attention of Bougainville authorities already now.