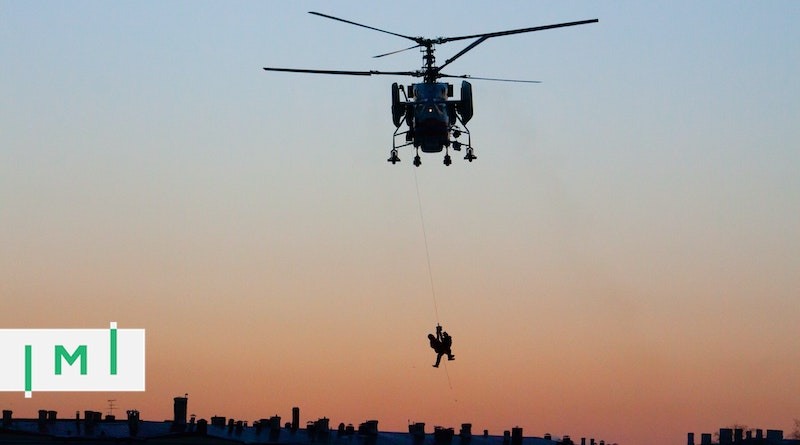 To say that the world in 2020 was going to be restricted more than ever in terms of freedom of movement would have dumbfounded anyone two years ago, yet here we are. The coronavirus pandemic has wreaked havoc on the world’s healthcare systems and economies, and has brought international travel to a near standstill. The virus has shackled the globe and its impact is not showing signs of stopping yet. Nonetheless, freedom remains attainable.

It is standard practice for governments, in the face of crisis, to react to economic recessions by raising taxes and asserting a heightened level of control over the country’s (and populace’s) resources. We can expect a hike in tax rates – be it on income, corporate earnings, or sales – to aid the government in patching holes in its battered economy. Not to mention off-the-charts money printing. These practices, although understandable, will jeopardize the wealth of many, except those free of such confinements.

Among the many unexpected developments this year, the most relevant to our industry is the increase in tax immigration. To combat the restraints, financial drains, and uncertainty that new tax laws may bring with them, many high net worth individuals (HNWIs) have actively sought immigration options to free themselves of the chains of near-term unpredictability.

From flag theory to flag practice
Flag theory – the notion that individuals can best preserve their liberties and wealth by “planting flags” in different jurisdictions (i.e., earn income in Country A, become tax resident in Country B, bank in Country C, own real estate in Country D, etc.) and this spreading sovereign risk – has, for many years, been a guiding philosophy for freedom-lovers everywhere.

The concept has undergone multiple makeovers since it was first introduced, finally evolving into the five-flag theory, a philosophy that, if implemented to perfection, could provide total and utter financial freedom.

The five-flag theory’s foundational aims – to minimize government interference, via taxation or otherwise, and greatly enhance one’s privacy – state that a person must split the following five flags between five different countries:

To be fully free, a client should create an RCBI Portfolio that allows them total freedom of movement, freedom to conduct business, and freedom of financial mobility. RCBI is not merely about being able to take that vacation to the French Riviera without the hassle of applying for a visa.

Recent events have elevated flag theory from a hypothetical to a necessity, making it more of a flag roadmap. The crisis the pandemic brought upon the world has sharply raised demand for RCBI, as having one or two backup options is not sufficient anymore. Visa-free travel and tax residency are not enough to combat the financial and social impacts of global crises; you must have complete freedom that enables you to function in the direst of times.

I consider myself lucky to have the luxury of options during these times as, in addition, to my original citizenship, I carry a Vanuatu passport along with a Portuguese residency. These documents have given me freedoms seldom known to others during times in which a Plan B is needed the most. Living my life in constant flux throughout a multitude of countries I did not expect that I would end up staying eight months in a single nation during the pandemic, yet I was able to choose where I was to endure the turbulence and to hedge against a sudden spike in taxation or other uncertainties.

Others, who have not invested in RCBI as a plan B, did not have the luxury of being able to change their tax residency, meaning they are left vulnerable to financial loss and the mercy of the tax system in their place of residence.

RCBI is a proactive measure against catastrophes; those who invest in it in advance can carry on with minimal disruptions. Investing in a Plan B after a crisis hits is like buying home insurance when the house is already on fire.

Having a Plan B in place mitigates risk and prevents loss. Not having one can imply huge losses. Trying to get one mid-crisis can lead to panic buying and misguided investments, which can do more harm than good in the long run.

Adopting and tailoring your own flag theory-based Plan B is an intricate process that requires careful deliberation and calculation, as attention to the tiniest of details can save you a fortune when things go awry. The pandemic has reminded us that, in a world more volatile than we had thought, it’s a matter of when things go wrong, not if they do.

As an RCBI consultant, you should highlight the practicality of Flag Theory to your clients and help them understand how and where it will positively affect their lives. It doesn’t hurt to whip out a calculator and give them some hard numbers while you are at it. Shed some light on what happens when you do have that Plan B locked and loaded and what happens when you don’t.

Historically, RCBI has been touted as a solid Plan B, to be relied upon in some hypothetical future crisis scenario. Now, however, is the time for people to implement their Plan B. Those who had one already can now reap the rewards. Millions of others are only now recognizing its value; for many, it will be too late.

Talk to your clients about setting up a Flag Theory-based Plan B today.