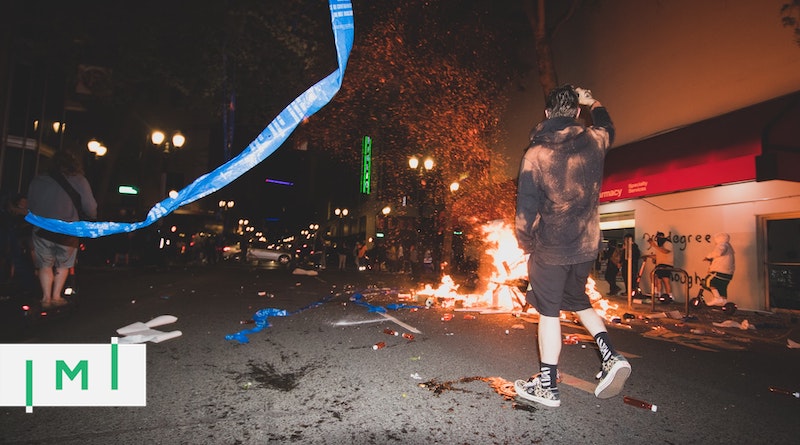 SCMP: In one US-China battle, Americans have taken the lead: ‘golden’ visa applications to New Zealand

David Cooper, chief executive of Malcolm Pacific Immigration, a private immigration consultancy with offices in Auckland and Wellington, said Americans specifically have struggled with a “quadruple whammy” this year, pushing them to seek homes abroad and somewhere safe for investment.“They’re saying the civil unrest, the political instability, the bush fires in California and Covid-19 are pushing them over the edge,” he said. “We’ve had a regular stream of phone calls and emails coming in – people just want to know how they can move to New Zealand,”

Georg Chmiel, head of the Chinese real estate portal Juwai, said the reason for fewer Chinese applicants was likely that staying in China was the safer option.

“In China, both the economy and the coronavirus are looking better than in any other country. Any applicants who have postponed are thinking that it wouldn’t hurt to wait a little longer to see how things shake out,” he said, adding that many of his Chinese customers inquire about buying property in New Zealand in tandem with applying for the Investor Visa. “Next year they’ll have more money and know better what the emerging risks are.”

Izvestia: Pay and live: Minek has developed a Russian analogue of “golden passports”

Real estate for 30 million rubles – that is, for about $400,000 – is six times higher than the cost of moving the whole family, for example, to the UK under the programs operating in this country, said Ekaterina Isaeva, manager of the international company BEYOND Residence & Citizenship.

There are programs for obtaining a residence permit or citizenship by investment in more than 100 countries around the world, she added. In Europe, you can get a residence permit for investments in real estate from € 250 thousand (22.5 million rubles at the rate of 90 per euro. – Izvestia), said Ekaterina Isaeva. For example, in Greece, which will allow you to live there and travel without a visa to 27 EU countries.

“We haven’t seen the likes of this before,” said Paddy Blewer, a London-based director at citizenship and residency-advisory firm Henley & Partners, referring to queries from U.S. individuals. “The dam actually burst — and we didn’t realize it — at the end of last year, and it’s just continued getting stronger.”

“Americans are thinking: ‘I want to have that ability to move as quickly as possible and not be stuck,’” said Nestor Alfred, chief executive officer of St. Lucia’s citizenship-by-investment unit.

The U.S. elections have also stoked interest. While Joe Biden has rejected the wealth tax pushed by some of his Democratic primary rivals, his proposals could disrupt the ways that many Americans minimize — or altogether avoid — taxes on their investment gains. Some have also looked to get an additional passport due to fears of social unrest, according to citizenship advisory firm Apex Capital Partners, which said inquiries from clients — typically about five a year — have increased 650% since this month’s vote.

“We’re seeing this interest from Americans who are all saying the same things that Chinese, or Middle Eastern or Russian clients are saying,” Apex founder Nuri Katz said in an interview. “They’re saying, ‘We’re not leaving the U.S. right now, but we’re concerned and we want to have something else, just in case.’”

SCMP: Hongkongers emerge as some of the busiest buyers of UK homes, as they snap up property ahead of exodus by BN(O) passport holders

“The ability for Hong Kong’s BN(O) passport holders to apply for British citizenship will impact the London market over the coming months and it has already started to do so with prospective buyers starting their search for a home in anticipation,” said Astons’ managing director Arthur Sarkisian, in an emailed interview with South China Morning Post.

Foreigners bought 41 per cent of London’s residential real estate with prime postcodes in the first three quarters, totalling £3.32 billion, according to Astons. The French were the biggest investors, spending £365.4 million on 11 per cent of the total purchases by foreigners. Hong Kong was tied with the United States in second place with 9.2 per cent, or £305.6 million, while mainland China’s buyers were in third place with £275.7 million, or 8.3 per cent.

The Economist: The decline of the British passport

Yet geopolitics and trade affect visa policies too. Political tensions with China, Iran and Russia trickle down to ordinary travellers. Moreover, countries like Germany, Japan and South Korea are economic powerhouses that make lots of things. Other countries value economic relationships with them, and visa-free travel can be a spur to greater trade. But Britain, which has a strong services sector, “is no longer a major player in terms of finished goods and that has an effect on the perception of the UK,” says Paddy Blewer of Henley & Partners. As a result, “other sovereign states are less willing to give it visa-free travel.” Nor is Britain particularly generous when it comes to granting visa-free access to its own shores to citizens of non-Western states. That creates resentment.

“Many of the [mainland Chinese] buyers who are active this year are already in their destination markets and are purchasing at a more rapid rate because they intend to stay there,” said Georg Chmiel, executive chairman of property portal Juwai IQI. “Some others are purchasing as part of the golden visa process.”

Befitting its status as the hottest market in Europe, Portugal was the top destination for Chinese investors as inquiries surged 176 per cent in the first nine months this year, according to Juwai IQI. Lisbon and Porto became more popular after the government mulled scrapping both cities from its passport-for-cash scheme beginning next year.

The decision created a “wave of demand for urgent property acquisition from Chinese buyers,” said Luiz Felipe Maia, director of Maia International Properties. The imminent exclusion of both cities has increased the urgency for those who were previously holding back purchases because of the Covid-19 situation, he added.