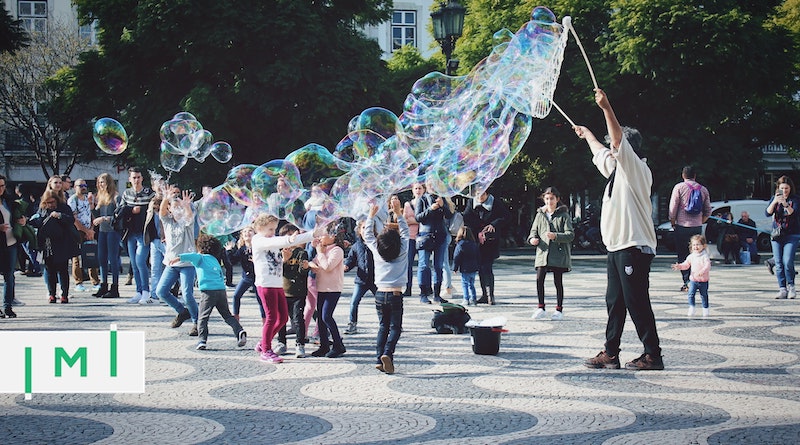 It’s impossible to talk about investments or even money without starting the conversation by mentioning COVID-19. It was unexpected, it made colossal ripples around the world, yet we are slowly coming to terms with the fact that we need to adapt to the new circumstances.

As investment managers, we never put much stock in panics and daily responses; we are in it for the long haul. While we realize the “long haul” might look a lot different now, we weren’t caught completely off-guard as we were already arming ourselves for a market correction (though not of this magnitude, obviously).

From an investment perspective, the effects of COVID-19 can be summed up in one sentence; whatever weakness you had before, it’s now a life or death situation for you. If you failed to differentiate between assets, you have a problem. If you put all your eggs in one country, chances are you are suffering as a result of it. If you failed to adopt a portfolio strategy with respect to your citizenship and residency needs, tough luck, you have a small period of time to make your decision. And last but not least, if you got caught in a hard-to-liquidate position, you are at risk.

Our base of operations, Portugal, did not let us down during the first months of the fight against COVID-19. This was mainly due to the government’s quick reaction and the rapidity with which the population has adapted. On top of that, Portugal’s low population density and robust health system (ranked 12th in the world by the WHO) allowed the country to rise to the challenge. In the coming years, both tourists and investors will remember the convincing performance Portugal gave in the face of the pandemic.

After the mandatory COVID-19 entry, let’s take a snapshot of how the main catalysts of investment immigration are doing around the world, namely authoritarianism, income disparity, suppression of personal freedoms, geopolitical risks, and economic instability. Of course, we’ll use Portugal as a benchmark with respect to these.

Before discussing specifics, let’s review the main points that, in our opinion, make a country more competitive for residency/citizenship seekers using some indices:

Authoritarianism
If authoritarianism was a global issue before, it’s now on steroids. Governments are leveraging the need for security to encroach on personal space and this translates into the suppression of personal freedoms. From an investment perspective, this is a surefire way to chase FDI out of your country. FDI loves freedom and sooner or later shies away from authoritarianism.

Our favorite indicator with respect to this subject is press freedom and Reporters Without Borders puts Portugal 10th on this subject as of 2020. There are no competing countries that rank better than Portugal on this subject. Besides, in order for authoritarianism to take hold, you need a hardliner president and Portuguese President De Sousa who was touted “a politician from another planet” on Twitter when he was seen shopping like a random citizen is not the leader to suffocate his country.

Geopolitical risk, another problem amplified by the current situation, is suppressed at the moment. It is, however, a ticking time bomb as national governments will need new enemies in order to take the attention away from their crumbling economies. This is not an issue for Portugal as they adopted a zero-friction policy worldwide. This is reflected in the Global Peace Index rankings, which saw Portugal jump to the top after ranking 12th in 2015 and 3rd in 2019.

Healthcare system
In countries where the health system was already hard to reach due to lack of facilities, lack of personnel, or financial barriers, the effect of the recent health crisis was felt the most. In some countries, the combination of the above factors with public indifference yielded catastrophic results. Portugal’s comparatively good results, when compared to direct competitors like Italy and Spain, will give the country an edge in the years to come.

Economic stability
It would be a blatant disregard of the facts to claim a country will not feel the shockwave of the C-19 crisis in the years to come. All economies will feel the impact, some more than others. Developing countries will be hardest hit because their currencies will see a depreciation (relative to the dollar) in the near future, while developed countries will see inflation as central banks worldwide have adopted the strategy of the Zimbabwean central bank, who famously decided printing money nonstop was the way forward during their economic hardships.

Portugal will see some of the negative effects but they have a secret card up their sleeve, something most countries missed: Their laser focus on tech start-ups and the above-and-beyond effort by the Portuguese government to support the techno-economy. We’re using a different metric to measure the success here: “Unicorns per million people”. Portugal ranks 9th on this metric, its immediate competitors nowhere in sight.

For the last three months, the questions we received from potential investors shifted markedly away from the “Golden Visa 101” type of questions and toward how well-protected their investment is, as more and more people want to treat their GV investment as a “nest-egg” instead of something illiquid that may give them a decent yield. Because, let’s face it, financial freedom is the biggest freedom of all, and these days it’s fast becoming the only path to other types of freedoms.

We want to re-iterate some tactics to make sure the investment, at the end of the mandatory investment period, serves as the aforementioned nest egg in order to give the investor a clean-start they need should they need it.

As one of the first movers in the market, we are happily seeing the €350,000 fund option gaining even more traction. It’s fast becoming a great option for remote investors who won’t be traveling to and from Portugal in the coming months and the rising popularity will give the perfect boost to the Portugal economy in the bid to rebound after the Covid-19 impact.

If you have further questions or would like a personal meeting to discuss your next steps, please don’t hesitate to contact us by clicking the following link https://www.optylonkrea.com/imi-daily/  or e-mail us directly at mluz@optylonkrea.com