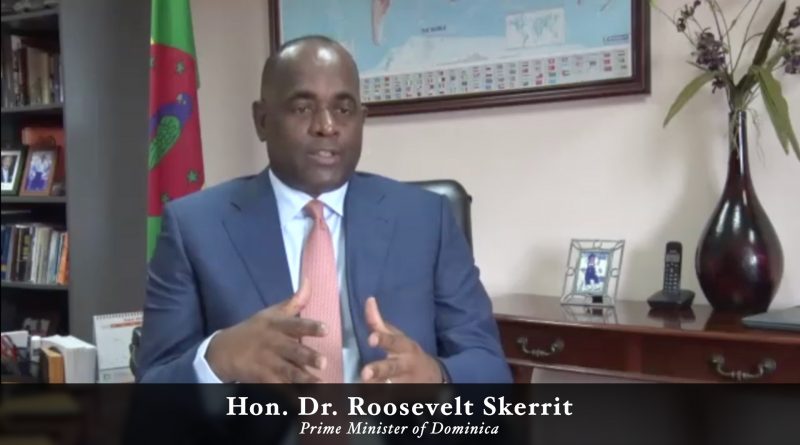 In his interview, Prime Minister Skerrit was applauded for his leadership and Dominica’s low COVID-19 count and for most recently Dominica’s CBI Programme being ranked first in the CBI Index, the most prestigious resource cataloging all active CBI programmes across the globe conducted by Professional Wealth Management magazine — a publication from the respected Financial Times. As second citizenship proves to be this year’s most coveted currency, the Caribbean’s “Nature Island” distinguishes itself as leader amongst Citizenship by Investment programmes earning the title of the “World’s Best Country for Second Citizenship” for the fourth consecutive year.

When asked about The Residences at Secret Bay, Prime Minister Skerrit was quick to state “that [Secret Bay] will enhance the integrity of our [CBI] program. [Gregor Nassief’s] project is centered around the protection and the conservation of the environment. I would say to anyone who is listening to me that investing in Secret Bay, you can be assured of your investment. You can be assured of a return on your investment. It is a project that cannot be compared to any other in the Caribbean.”

Prime Minister Skerrit also spoke about why Dominica has consistently topped the Citizenship by Investment ranking for the world’s best programme and why people from all over the world are now claiming their golden ticket to the Caribbean’s Nature Island, including these six reasons:

Prime Minister Skerrit, who personally invited Secret Bay to join its CBI Programme, further shared, “When investing in Secret Bay, you’re putting your investment into the hands of a gentleman, Gregor Nassief, who has the highest level of integrity and the project itself is a sustainable project and you can be assured of a proper investment with the project. My stamp of recommendation is you could sign a deal with Secret Bay with your eyes closed. Having an existing hotel, [Nassief] started it on his own, with his own money.”

This praise for Secret Bay comes on the heels of the six-star, all-villa resort being named the #1 Resort Hotel in the Caribbean, Bermuda and Bahamas and #6 Resort in the World by Travel + Leisure Magazine, and in conjunction with a recent sales success announcement, including a spike in interest from American’s seeking second citizenship. The award-winning hotel now heads into November with Phase 2 construction of four new Hillside Ti-Fèy Villas being completed and Secret Bay remaining true to its commitment to offering new investors buy-in of a ready product. The new villas are scheduled to enter sales and resort operations this November with a fifth by early 2021.

To learn more about Citizenship by Investment in The Residences at Secret Bay, visit: https://secretbay.dm/cbi/.  For a consultation, please email residences@secretbay.dm.