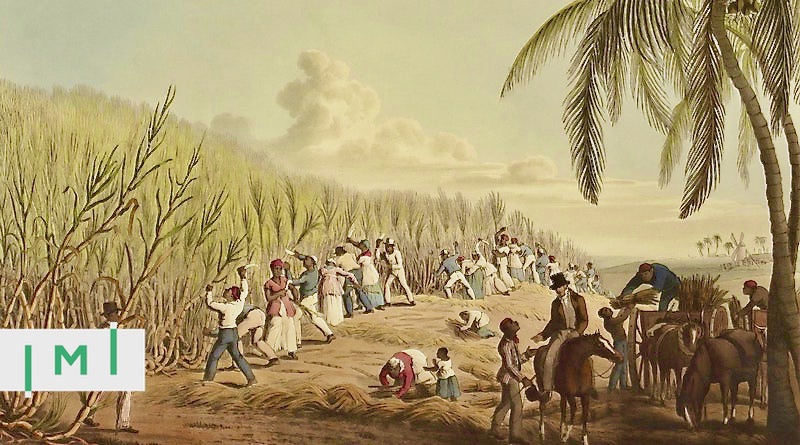 Indeed, applicants of citizenship by investment (CBI) are keen on the benefits that would help them accomplish their immediate goals. Visa-free travel, sovereign neutrality, E-2 visa eligibility, and overseas investment are common requirements. In exchange, cynics would unfortunately assume the CBI funds are deposited in some corrupt government official’s Swiss bank account.

However, what is mostly obscured to applicants are the local benefits attributed to the Caribbean CBI programs. Indeed, the local investment received from CBI provides crucial funding for medical facilities, hurricane relief, housing, unemployment, and social programs for crime reduction.

These CBI funds are needed to alleviate the systemic poverty that has existed for centuries in the Caribbean states. However, the source of this poverty was not of their making.

The bittersweet origin of poverty in the Caribbean
For centuries, the Caribbean islands served as the epicenter of the European slave trade. Indeed, the “need” for all those slaves was because of sugar. The European middle class wanted to put sugar in their tea. Indeed, their fiendish desire for sugar resulted in the enslavement of millions of black Africans.

The British brought the slaves to the Caribbean from West Africa to work on their sugar plantations. Cane sugar was produced and then brought to the UK and sold in the insatiable European market. Profits were then used to buy more slaves resulting in the notorious “Slave Triangle” which lasted for several centuries.

Indeed, in 1648, St Kitts became the heart of the British sugar trade. It was referred to as the “Mother Colony” of the British. The sugar industry and slavery boomed until slavery was finally abolished in the British Caribbean in 1834. But what would become of the former slaves?

After the British exploitation of the “Mother Colony” and other Caribbean states was finally concluded, the former slaves were left to fend for themselves. Unfortunately, economic catastrophe was on the horizon like a massive hurricane.

The Sugar Industry Diversification Fund
Although the sugar trade survived the end of slavery, it would later collapse in the 1900s after the introduction of beet sugar. The result was the slow but certain destruction of the Caribbean sugar economy and the introduction of the world’s first citizenship by investment program in St Kitts called the “Sugar Industry Diversification Fund” in 1984.

The St Kitts program was an immediate success and allowed the island federation of St Kitts and Nevis to develop their tourism industry and offshore banking which became the backbone of the local economy.

According to the Pan American Health Organization, St Kitts and Nevis has now become an upper-middle-income country. There is a state-funded primary and secondary school system with compulsory attendance. As a result, the adult literacy rate (above 15 years of age) on the islands is over 97%.

However, the poverty rate on the islands is still high with 13.5% of households living below the poverty line. Additionally, the island economy is susceptible to external shocks such as the financial crisis, the ominous hurricane season, and – most recently – the global pandemic in 2020.

The pivotal role of CBI
The legacy of European slavery in the Caribbean is also evident on neighboring islands such as Haiti. Indeed, the source of the extreme poverty there is the same as St Kitts and the other Caribbean states. The only difference is that Haiti was a French colony instead of a British colony. Nonetheless, at one point production of cane sugar on Haiti supplied 40% of European demand and the French plantation owners on Haiti imported over 800,000 African slaves.

Another glaring difference between Haiti and the other Caribbean states is that Haiti lacks a CBI program. Had Haiti already established CBI as an economic lifeline, it certainly would have been better positioned financially to address some of these socio-economic deficiencies. In addition, it would have emergency reserves for dealing with natural disasters.

In comparison, St Kitts and Nevis, and also Dominica, were devastated by the category five Hurricane Maria in 2017. However, their quick recoveries are in stark contrast to the 2010 earthquake in Haiti and the following cholera epidemic. Indeed, the St Kitts and Dominica CBI programs supplied emergency funding to address their urgent needs before the circumstances could get out of control. Additionally, thanks to the CBI funds, infrastructural support was already in place to provide emergency services.

CBI competition and hypocrisy
Ironically, the strongest competitors and critics of the Caribbean CBI programs come from Europe. These same European countries were the colonials that ruthlessly exploited their colonies around the world, especially Africa.

The advantages of colonial exploitation fostered creativity and innovation in Western Europe. Easy money coming from the colonies allowed Europeans to focus on consumption and development. This resulted in the Agricultural Revolution of the 19th century, followed by the Industrial Revolution soon afterward.

However, if Christopher Columbus had not accidentally discovered the Americas in the 15th century, it is unlikely that the Europeans would have ever made it out of the Dark Ages. Indeed, Europeans owe a great debt to their colonies! Unfortunately, there is little indication they will receive anything in return but hypocrisy.

Case in point: Recent developments in Hong Kong resulted in the British government offering a path to citizenship to Hong Kong nationals. If the British are going to do this, why choose a former colony that had already benefited so immensely from the rise of China? They did it for no other reason but to politically antagonize the Chinese mainland.

Financing for the opium trade was provided by the British banking behemoth – Hong Kong and Shanghai Banking Corporation (HSBC). Indeed, HSBC was established in 1865 in the wake of the opium wars. At the time, 70% of Hong Kong’s trade was in opium.

HSBC has since become one of the largest banks in the world with over 200,000 employees. Their size and international presence, however, belies the fact that their origin was at the center of an institutionalized, international drug cartel.

Indeed, the recent HSBC scandals involving tax evasion, money laundering, and rigging the LIBOR interest rate benchmark are more akin to the actions of a drug lord yearning for legitimacy than a respectable bank. Additionally, their rapidly shrinking earnings and employee headcount indicate their imposed presence in East Asia is on the wane.

Hong Kong was a success because of China, not in spite of China
The contemporary living standards in Hong Kong have very little to do with the British. Under British administration, Hong Kong citizens mostly served as a cheap source of labor (coolies) working at the port while living in abject poverty. As a result, the local population in Hong Kong was mostly left to fend for itself, in times of war and peace.

When the Japanese invaded Hong Kong during WWII (1941) did the British defend the colony? Not for long. The thought of facing the industrialized Japanese Imperial Army in a fair fight was too much. Regardless of the consequences, the British quickly surrendered.

Indeed, by this time, notorious Japanese war crimes such as the Nanjing Massacre (1937) had already occurred on the Chinese mainland and there was no mistaking what was in store for Hong Kong under Japanese occupation.

Ironically, instead of handing out British passports, the British skipped town. Furthermore, despite their love for Hong Kong, they still enforced the whites-only policy on the ocean liners sailing for London.

What is Hong Kong without China? The reason the British holed up there in the first place was for one reason – China. Without the rise of China, modern Hong Kong would be more comparable to former British colonial cities such as Yangon instead of the thriving financial link between China and the rest of the world that it has become.

The hazardous legacy of European colonialism
If the British really wanted to account for their colonial follies, they could certainly find a more urgent beneficiary than Hong Kong. What about their former colonies where systemic poverty, political oppression, unsanitary living conditions, and deprivation of freedom really do exist?

The plight of the Rohingya in Myanmar is the legacy of British colonialism. Or what about African Americans for that matter? Indeed, the purported genocide in Myanmar and the lingering injustice in the US are also of European origin.

However, when comparing the Caribbean CBI countries to former British colonies in Sub-Saharan Africa, the success of the CBI programs really becomes apparent. The literacy rate and poverty level in war-torn countries such as Sierra Leone and South Sudan is even worse than in Haiti. Living conditions in other countries like Zimbabwe, Ghana, Malawi, and Swaziland are extremely harsh. Even the strongest economy on the continent – South Africa – has fared much worse than St Kitts and Nevis.

These African countries were all former British colonies and they have one thing in common – extreme poverty – with little or no hope for a better future. Compare and contrast their living standards with Hong Kong and St Kitts in the table below.

A home-grown way out of poverty
The injustice of the Caribbean slave trade resulted in the creation of the world’s first CBI program in St Kitts and Nevis. Other Caribbean countries have followed suit creating abundant opportunities for applicants and diverse programs. As a result, successful CBI applicants have access to the freedom and security of Global Citizenship. Applicants will also receive good karma for creating some legitimate, well-received economic opportunity where none previously existed.

Interested in contributing an article to IMI? We welcome all submissions that conform to our article contribution guidelines.

A Pragmatic (and Realistic) Approach to EB-5 Regional Center Reauthorization
Aaron Grau argues that some EB-5 regional center program advocates, in their pursuit of an ideal but unfeasible reform package, are risking re-authorization altogether.

More Feelings Than Facts: Commentary on The Guardian's Vanuatu Passport Series
On a factual and legal basis, the investigation fails to support claims that Vanuatu accepts criminals or money launderers, writes Martin St-Hilaire. 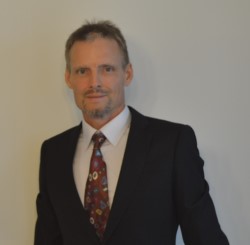 I am a CBI specialist working with the Caribbean countries, plus Vanuatu. Additionally, I hold Dominica citizenship through the CBI program and I am a real-life Global Citizen. My interests include international investment, philanthropy, and global travel.