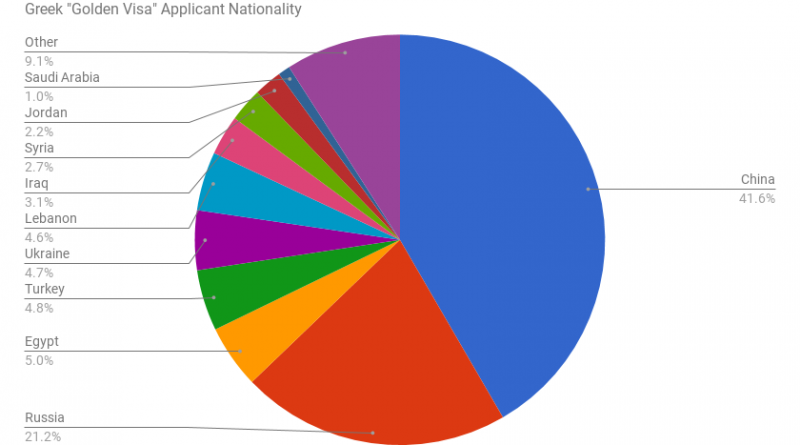 Speaking to the Greek parliament on Friday, Deputy Economy and Development Minister, Stergios Pitsiorlas, revealed that the Greek residence by investment program, through which non-EU investors may obtain Greek residence permits through a €250,000 investment in real estate, has raised about €1 billion so far, according to an article in Ekathimerini.

Responding to questions by parliamentary members, Pitsiorlas provided data on the provenance of applicants, showing that among the altogether 1,684 applications, 701 came from China while Russia accounted for the second largest pool of investors with 357 applications. No other nationalities were represented by triple digits, but citizens of Egypt, Turkey, Ukraine, Lebanon, Iraq, Jordan, Syria and Saudi Arabia all filed significant numbers of applications.

Pitsiorlas also said his Ministry was planning an online platform to further facilitate golden visa applications, which would include the capability to rapidly collect applicants’ biometric data.

Previously announced plans of expanding the investment alternatives for the program to also include share and bond investments are reportedly on hold. Pitsiorlas explained that the Ministry wanted to get a clearer picture of the Greek property market’s degree of non-performing loans before allowing investors to choose other asset classes.